The Five Point project covers 56,394 hectares and is located 13 kilometres north of the town of Houston B.C. The property can be accessed by scheduled air service to Smithers B.C. and then paved highway less than 1 hour south to the small town of Houston B.C. Rail access also is available to Houston, with the CN rail mainline crossing the Property. Within the claims, there are numerous unpaved Forest Service roads, a number of which are heavily-used and well-maintained. 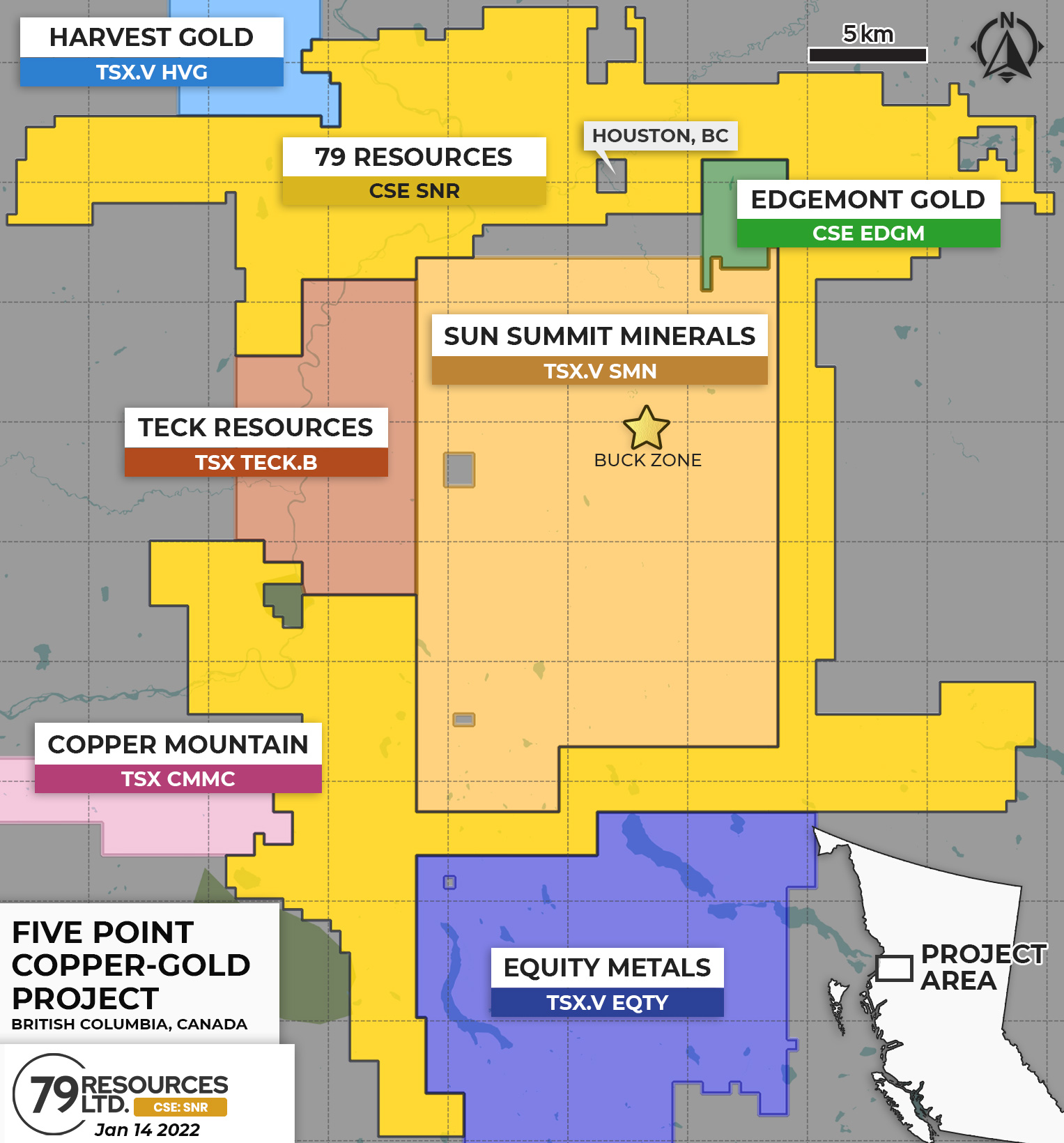 Mineralization has been reported from various points on the property in assessment reports and B.C. MINFILE. The most significant B.C. MINFILE report is copper and silver mineralization on the south slope of Mount Harry Davis north of Houston, where chip samples extend 44 m at 0.96% Cu and 113 grams per tonne (g/t) Ag (BC MINFILE 93L 204).

To-date the only work completed on the property was a helicopter-borne magnetic survey covering 14,790 hectares utilizing 805 line-kilometres flown (approximately 12% of the project area), as well as 3-D inversion modelling of a portion of that survey.